This Memorial Day is a time for reflection and I have always thought that this project was an interesting one[though I have never had the opportunity to see one of the boards in person] so I thought I would share it.  As another person who struggles to maintain perspective and balance in life I have thought long and hard about what I would write to complete the sentence: ‘Before I die I want to…’  And I would have a difficult time limiting myself to filling out only one line because I have many lofty ideas floating around in my head with things I would like to accomplish/do in my life.  Be it career related goals, sappy emotionally driven wishes, travel aspirations, or something off of my mile long bucket list.

The artist responsible for the project is Candy Chang and she has embarked on many other interactive projects.  I also got a kick out of the career path project that was done in Turku, Finland in 2011.  The installation had boxes in multiple languages that read: ‘When I was little I wanted to be _____. Today I want to be _____.’  I can actually say with confidence that my response would be the same for both blank spaces…an artist!  :)

I am a big fan of TEDtalks and Candy did a short one in July of last year so take 6 minutes or so and find out more about how the ‘Before I die I want to…’ project came to fruition:

Everyone’s favorite piece is SOLD!  I posted one shot of this piece back in March on my Facebook page and it went VIRAL.  It was shared 98x, received 64 likes, and was viewed by nearly 13,000 people.  Those are numbers I can’t even wrap my head around.  And I have a big head.  No, seriously.  That whole one-size-fits-all business?  Not happening.  I blame my giant brain that happens to be overflowing with a wealth of information[sometimes useless i.e. song lyrics because I listen to so much music while I work] and ideas.  Anywhoooo…two weeks ago a wonderful couple bought this beauty from me in Princeton, NJ at the Morven in May show.  Here are the rest of the shots of the piece from every angle imaginable. 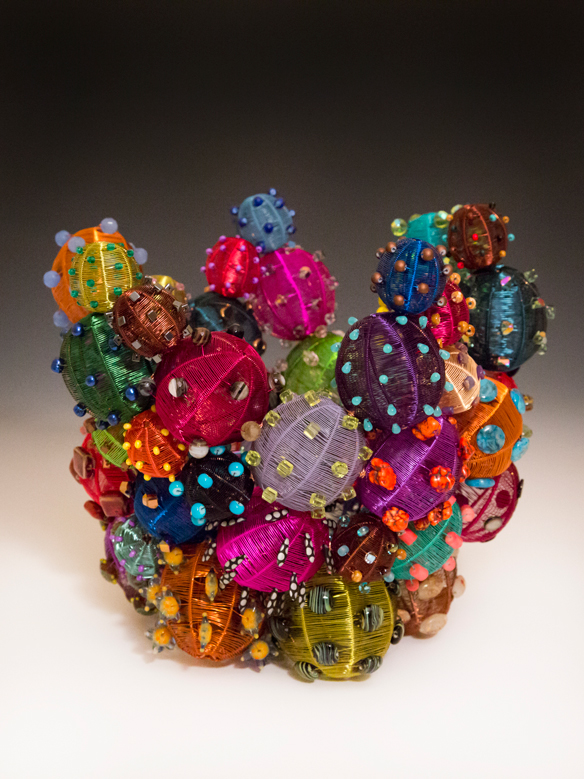 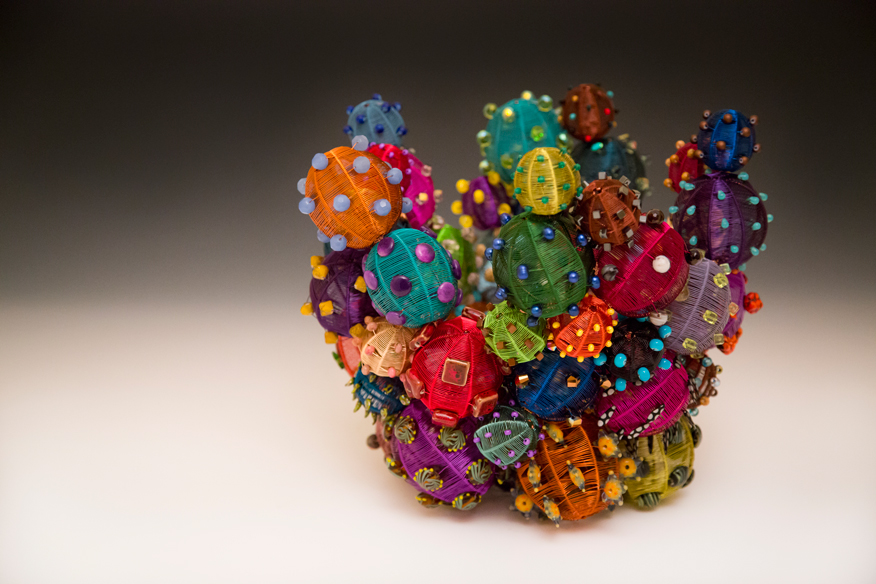 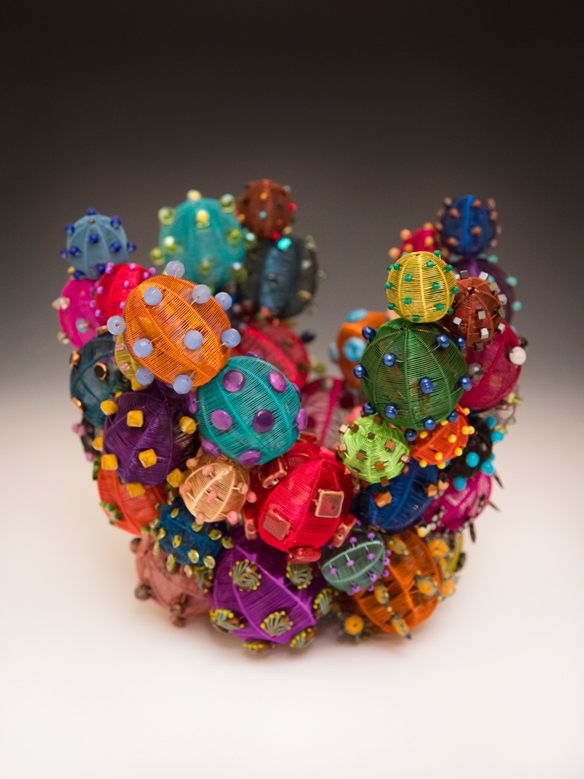 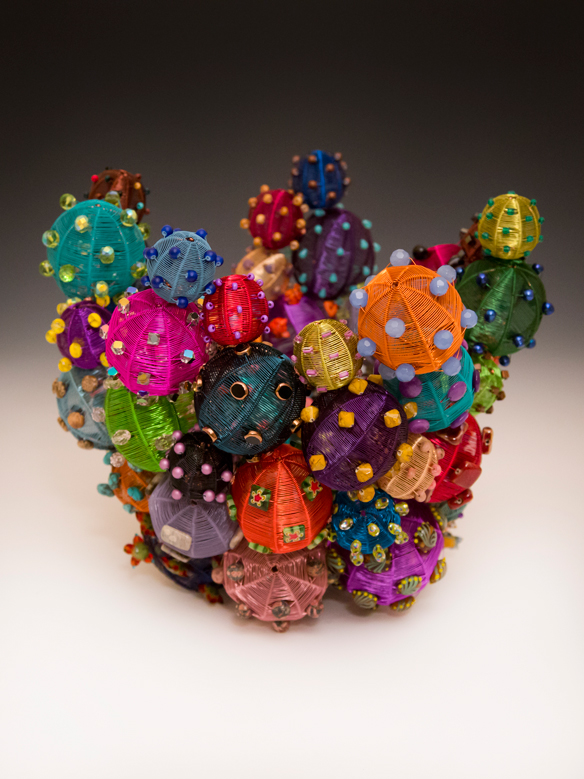 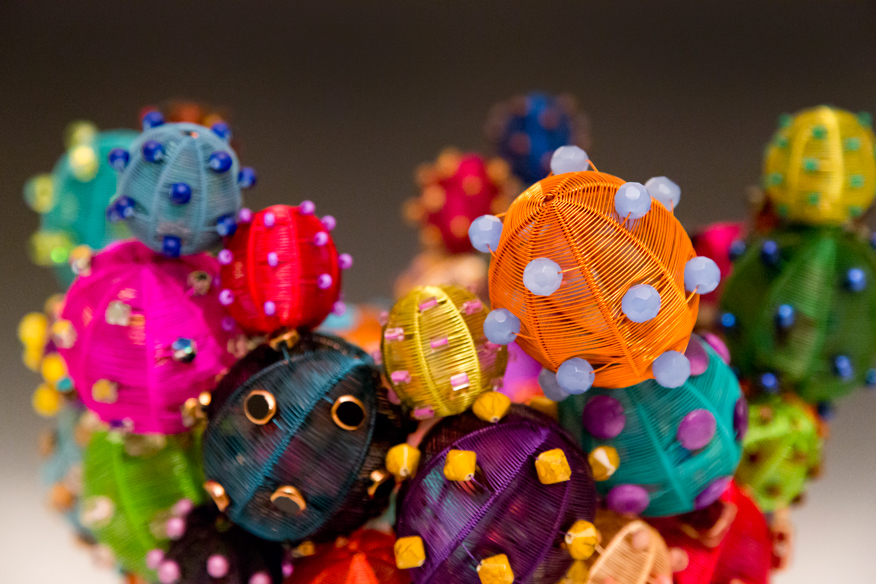 On to the next one!

Monday, April 15th: Per my usual I was working on some things last minute to prepare for Craft Boston when I got a phone call:

‘Have you seen the news?’

‘Someone set off two bombs near the finish line at the Boston Marathon.’

‘What?!  You have GOT to be KIDDING me…good gravy that gives me such a warm and fuzzy feeling seeing as I am supposed to be driving up there at 7am in two days time.’

ALRIGHT EVERYONE!  There is no need to panic!  The show must go on!  So I left Pennsylvania briiiight and early Wednesday morning and arrived in Boston around 2pm.  I was promptly greeted by three helicopters hovering overhead in the financial district, where the trade center also happens to be located, and police officers on every block.  Take away: don’t mess with the people of Boston. 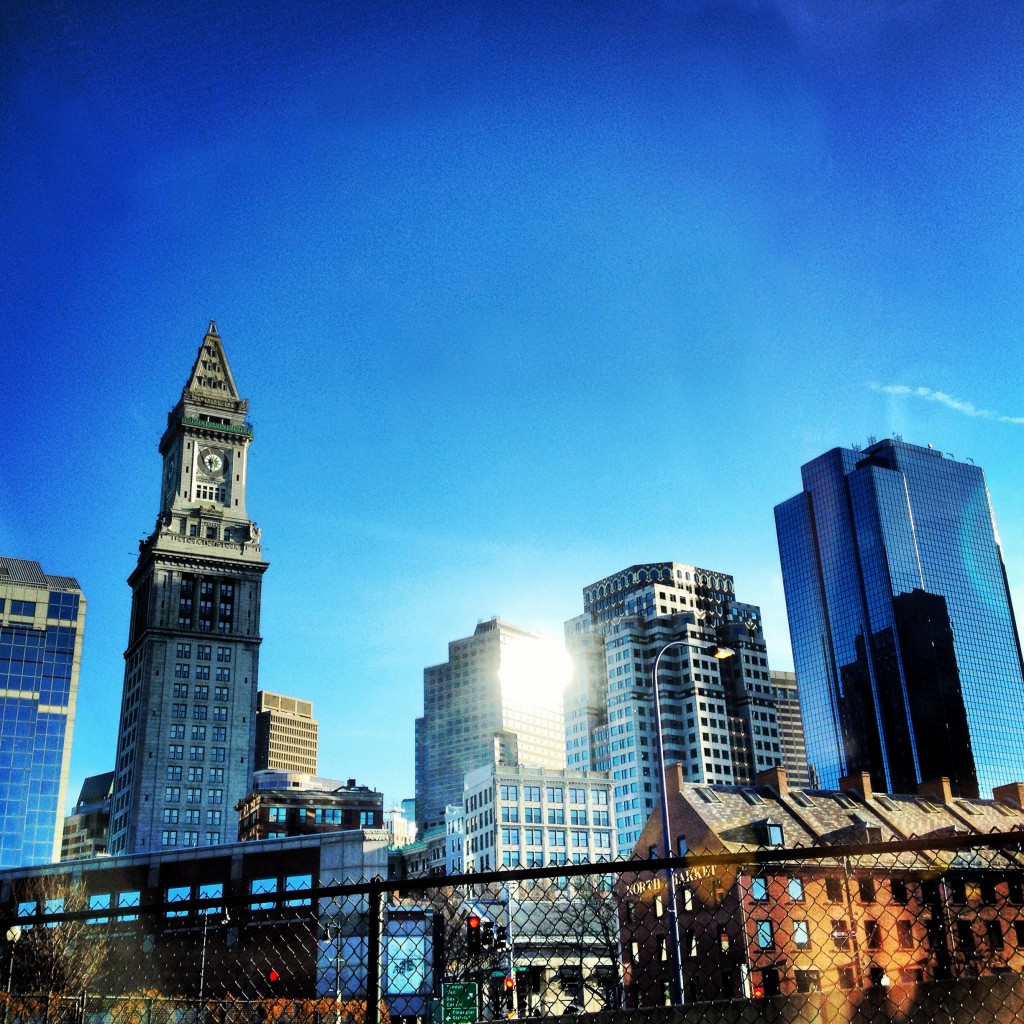 Setup went smoothly and when I made it back to my car I plugged the address of my gracious host into my GPS.

A word on my generation:  We are all so spoiled by technology these days.  Does anyone even use a road atlas anymore?  I genuinely believe I would be screwed if I were forced to try to even read directions from MapQuest whilst driving.  I have a hard enough time following what the little British lady is shouting at me from that contraption attached to my windshield when I’m in the middle of an all impressive rap solo[Call it car karaoke.  It’s why I drive alone.].  If I have to hear her say “recalculating” one more effin’ time I swear to God I will chuck that thing out the window.  Then I’ll really be screwed.  And can we all take a minute to just address the lack of an “Avoid Ghetto” option on those devices.  I mean…you know you’d use it.  Don’t lie.

According to my scheduled ETA it should only take me 20 minutes to get to her house in Brookline.  One hour later…I arrived.  In my opinion Boston streets need to be labeled better/more consistently.  And the British lady inside the GPS needs to get her stuff together and realize which street I am actually on instead of the highway that happened to be running parallel to me and stop leading me directly into traffic for people headed to the Bruins game.  Come on woman! 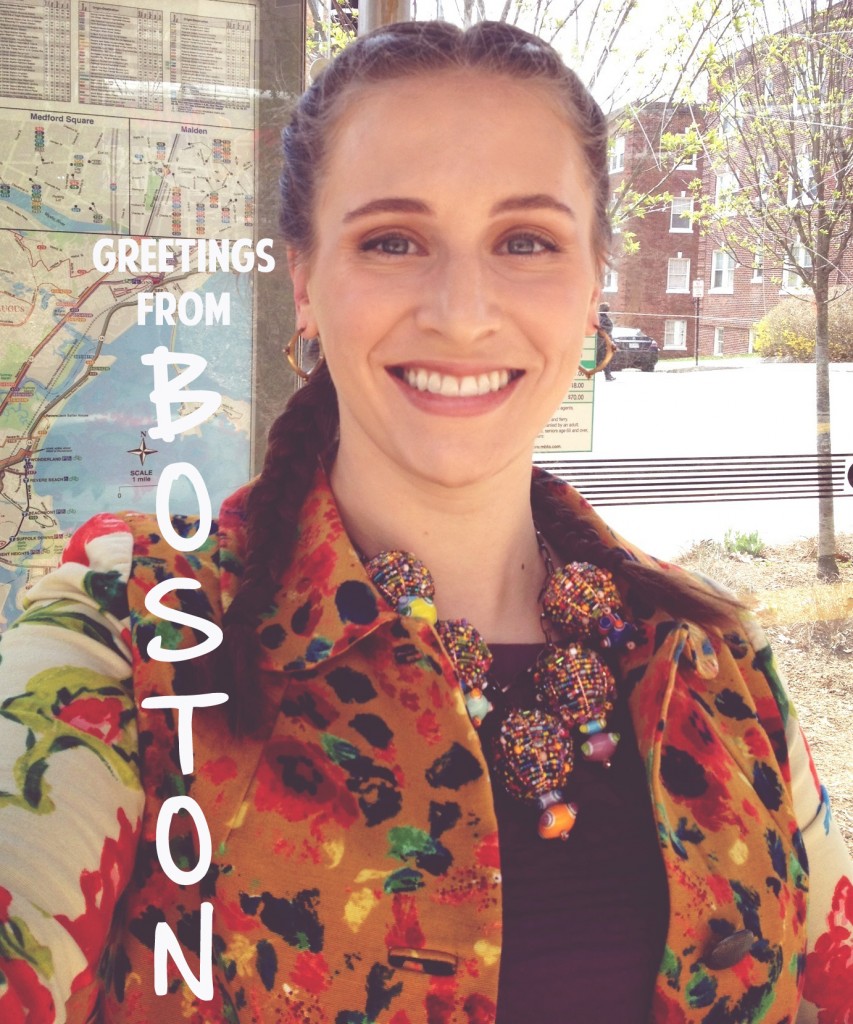 Later in the evening I found out that the other artist staying with our amazing host, Ellen, also got lost for two hours driving to the house.  So I wasn’t alone in that department.  I generally try to stay with people when I go to shows to save money on expenses when I can.  Some shows even offer to set you up with people who help organize the show or are friends of the organization.  Right away I knew that this was going to be the best host experience I have ever had.  Ellen was funny and easy-going and was just all-around amazing and accommodating to me and Sandy during our stay.  Sandy is a fantastic ceramic artist[she ended up winning the Artist’s Choice award at the show!  Peer recognition–yeah!!] and in no short supply of funny anecdotes, some of which you can read on her blog.

Thursday:  Ahhhhh free time!  Donning the most colorful coat known to mankind and a new necklace design I went for a jaunt around downtown Boston. 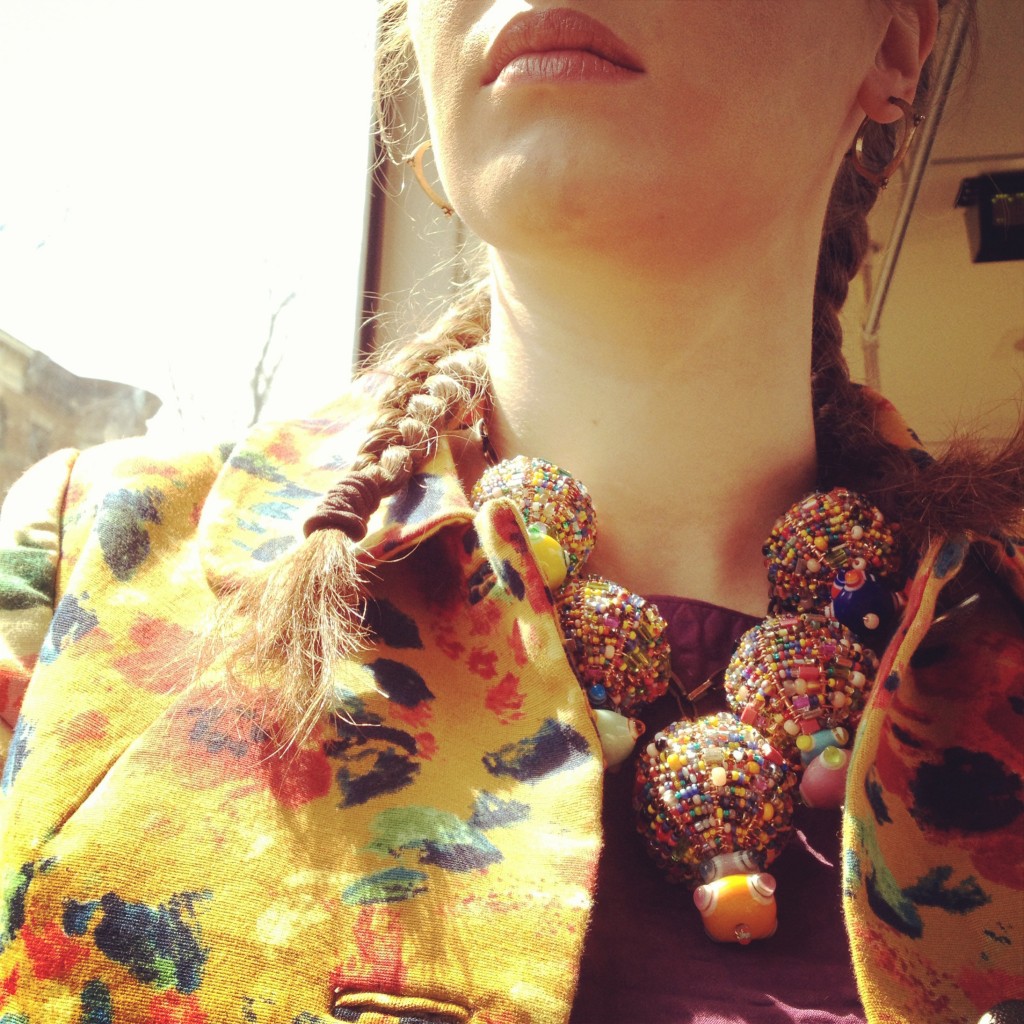 I went to the nearest “T” stop and when the next train arrived I tried paying for my ticket with cash.  Too bad the machine was broken and not accepting bills.  I was the ONLY person who didn’t have a Charlie Card or long term pass and I didn’t know what to do.  The conductor just smiled and said: ‘don’t worry about it honey–you’re good.’  Say whattttt?!  Free ride on the “T”?  That is what I am talking about!  It just goes to show how it pays to be nice to people. 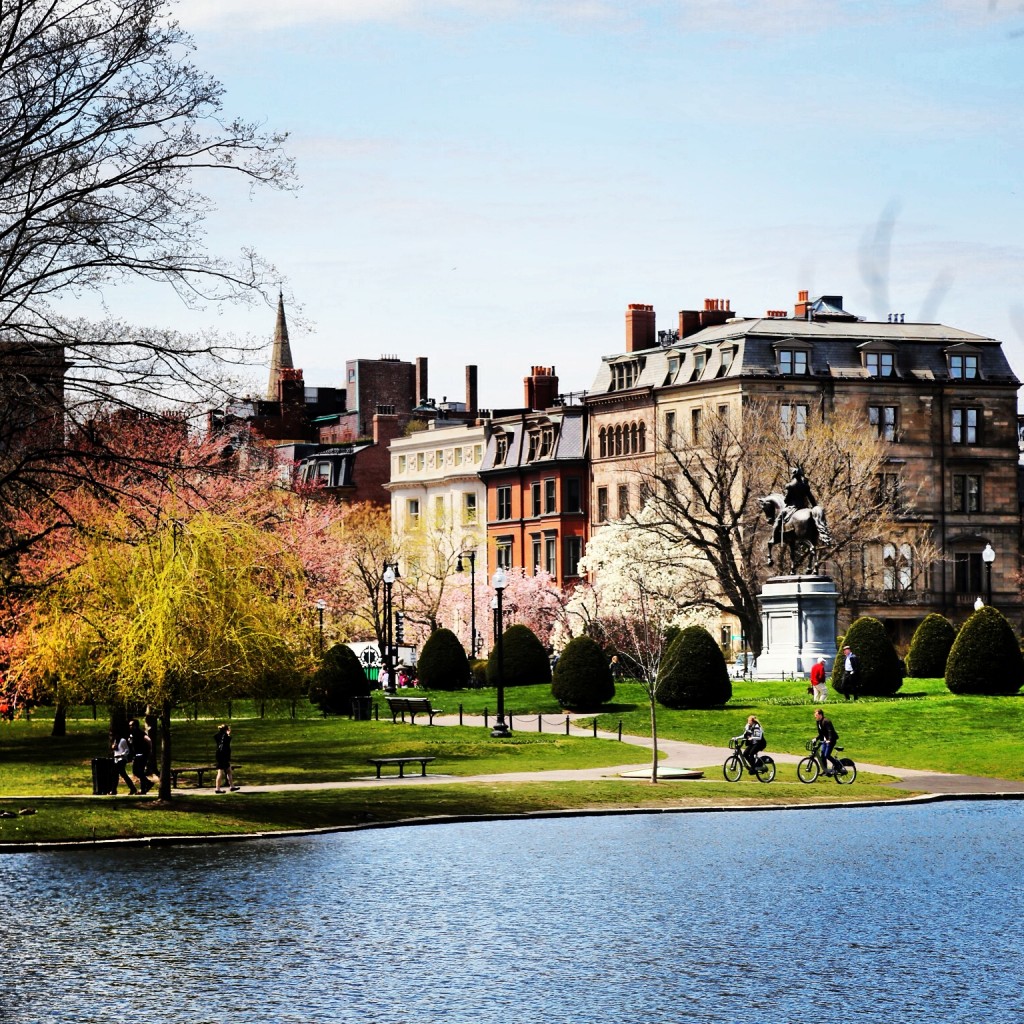 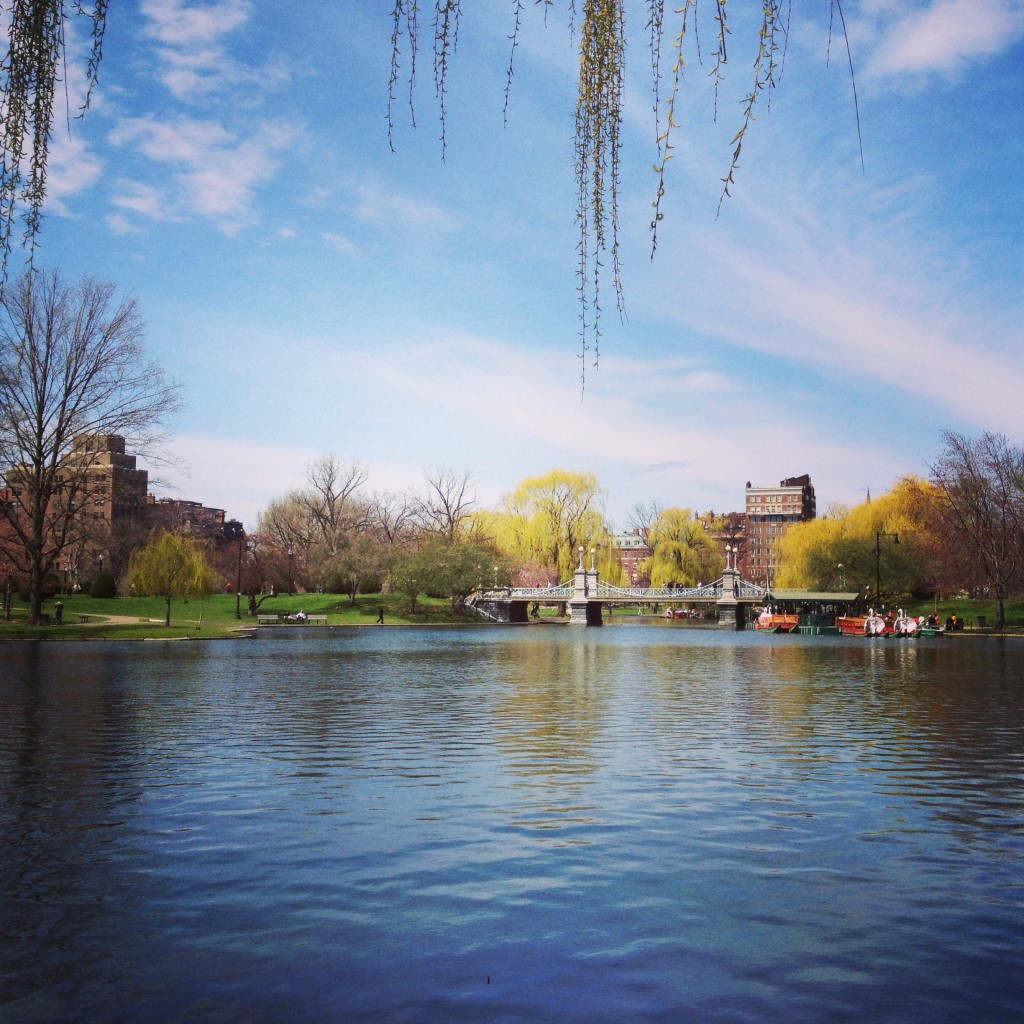 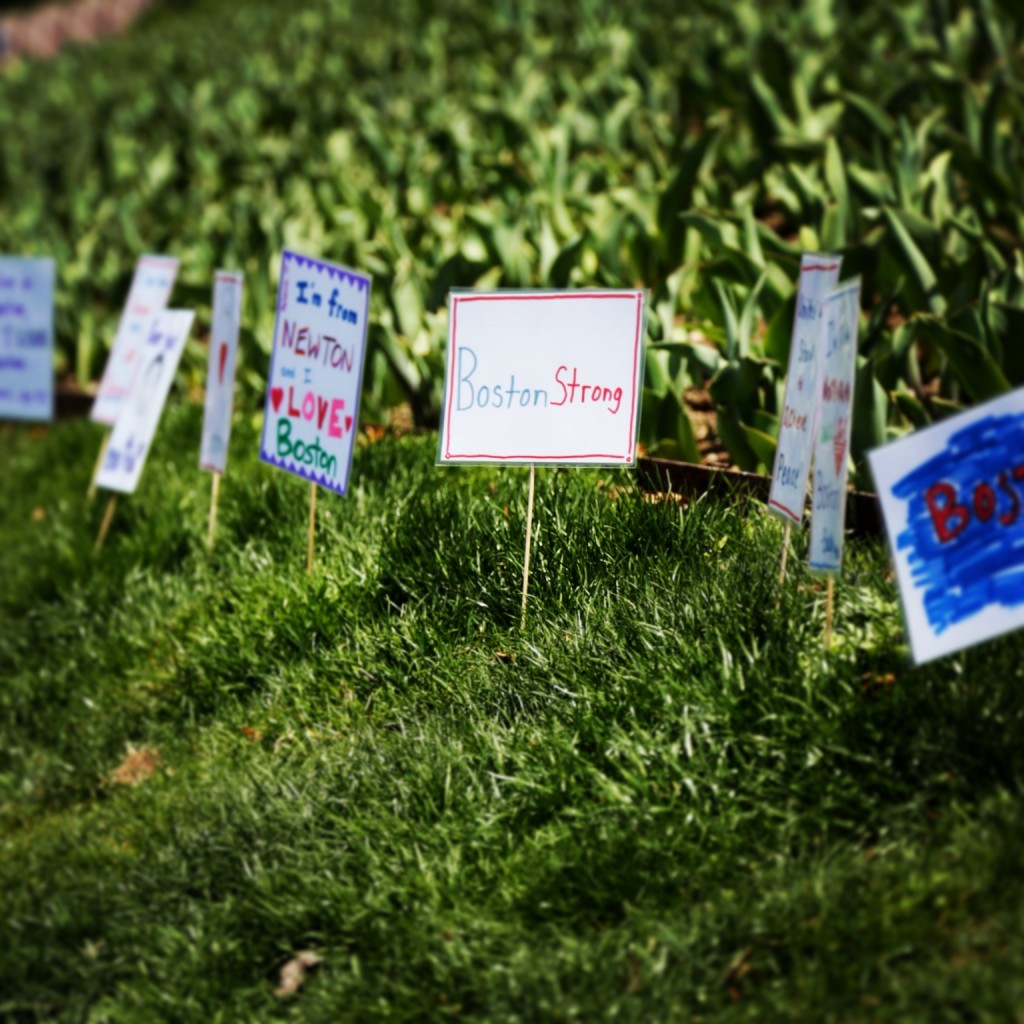 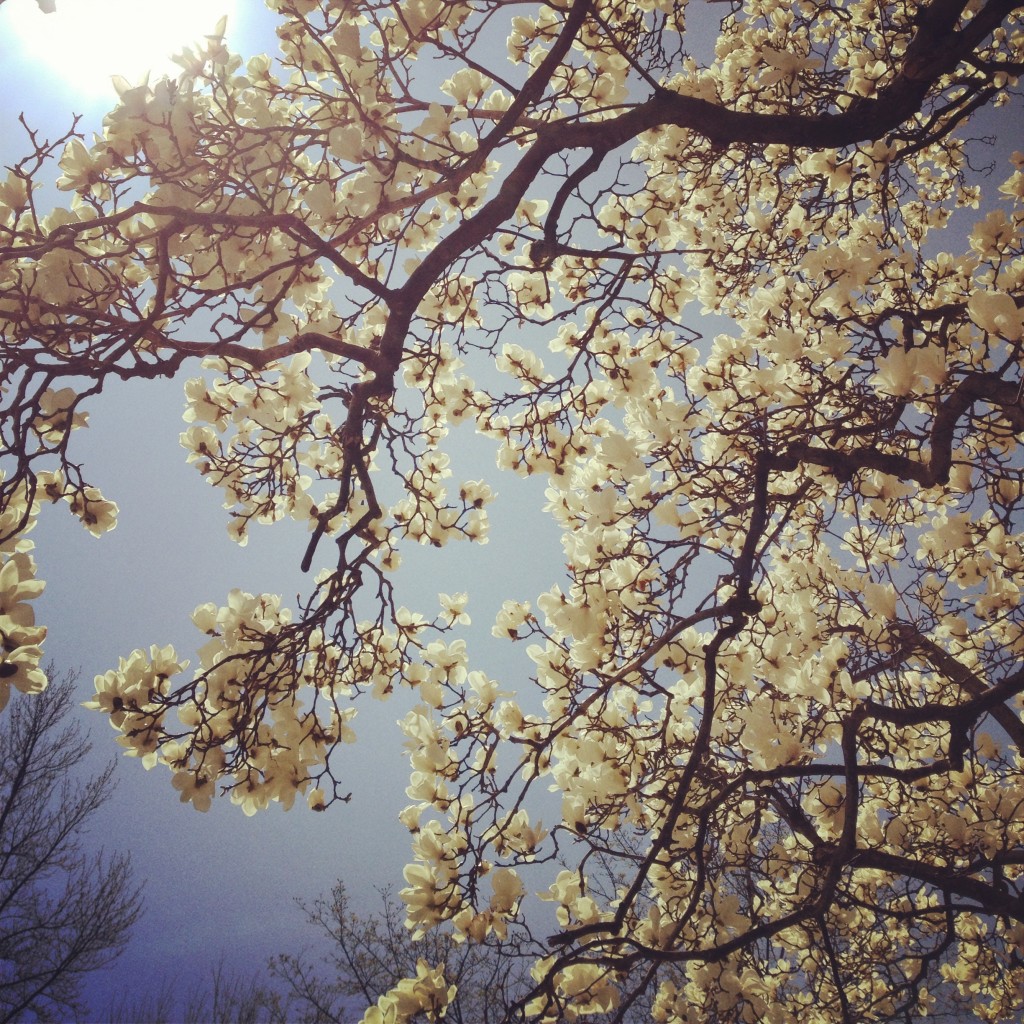 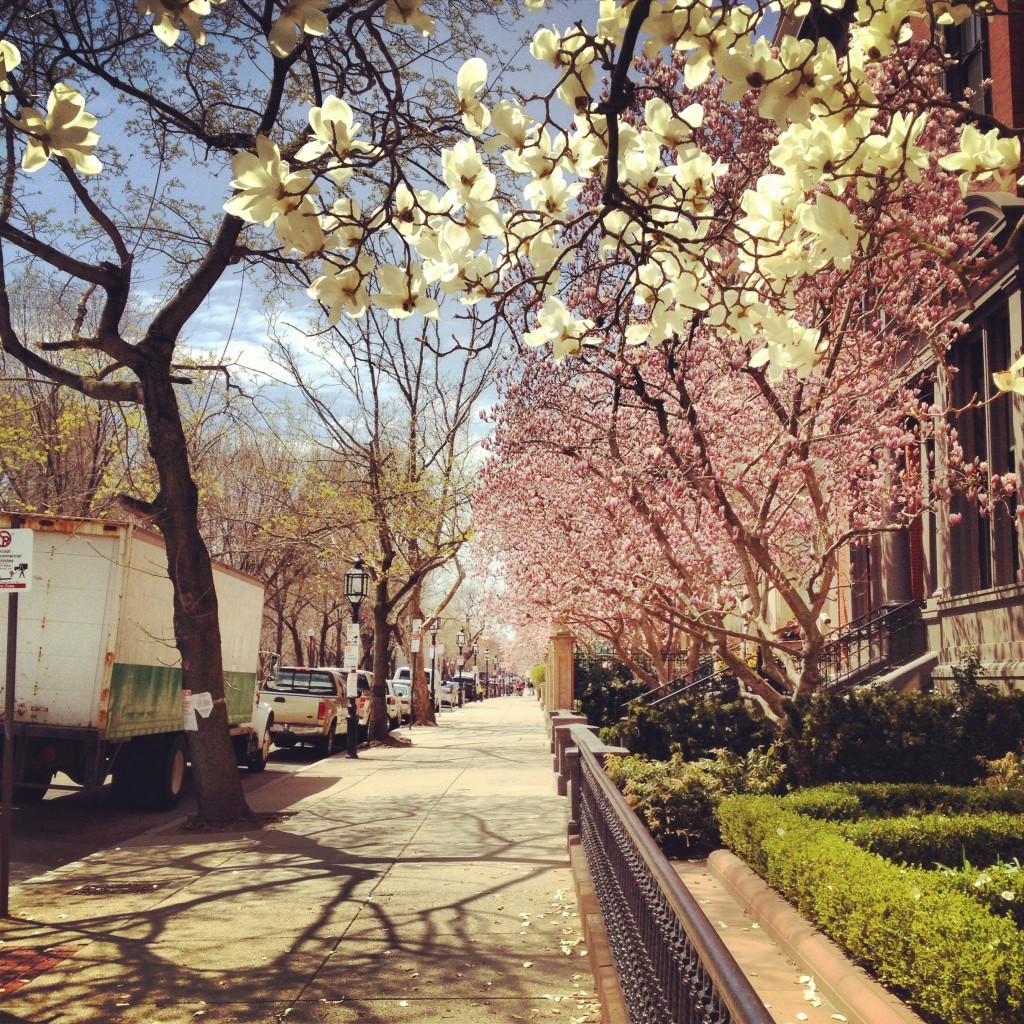 I could not have asked for better weather to walk around the city and act like a tourist.  One thing I did not count on was the number of times cops would stop and ask me if I was with the press. All because I was toting around my beastly camera and they wanted to know if I had any photos of Obama, who also happened to be in the city that morning.  Much to their disappointment I saw no sign of the POTUS or his giant motorcade, but there was definitely no shortage of pride and strength on display throughout the city. 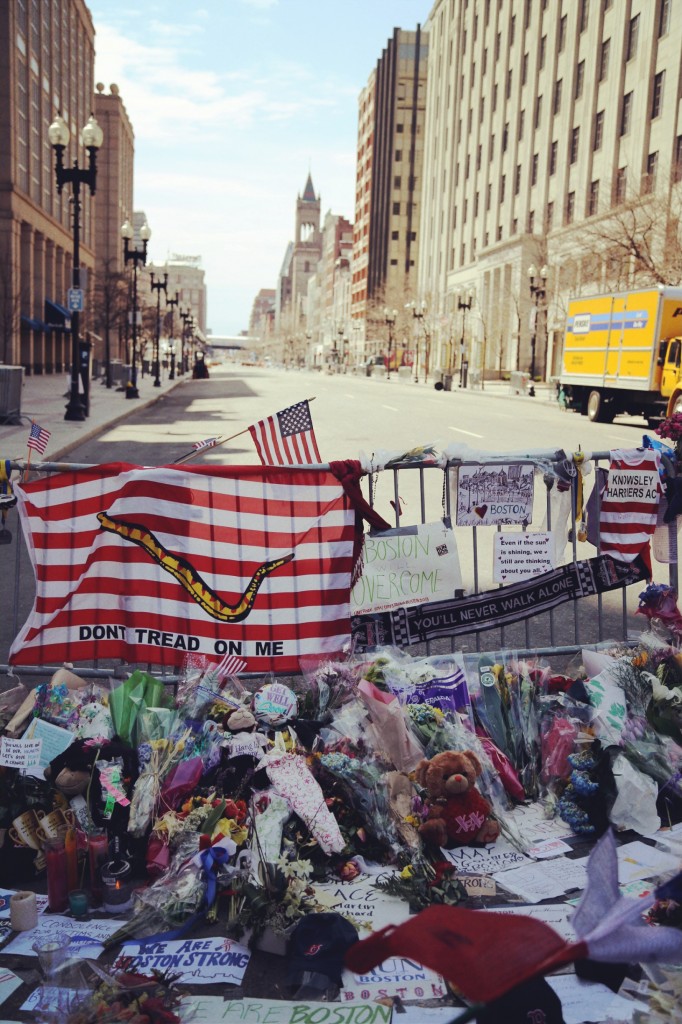 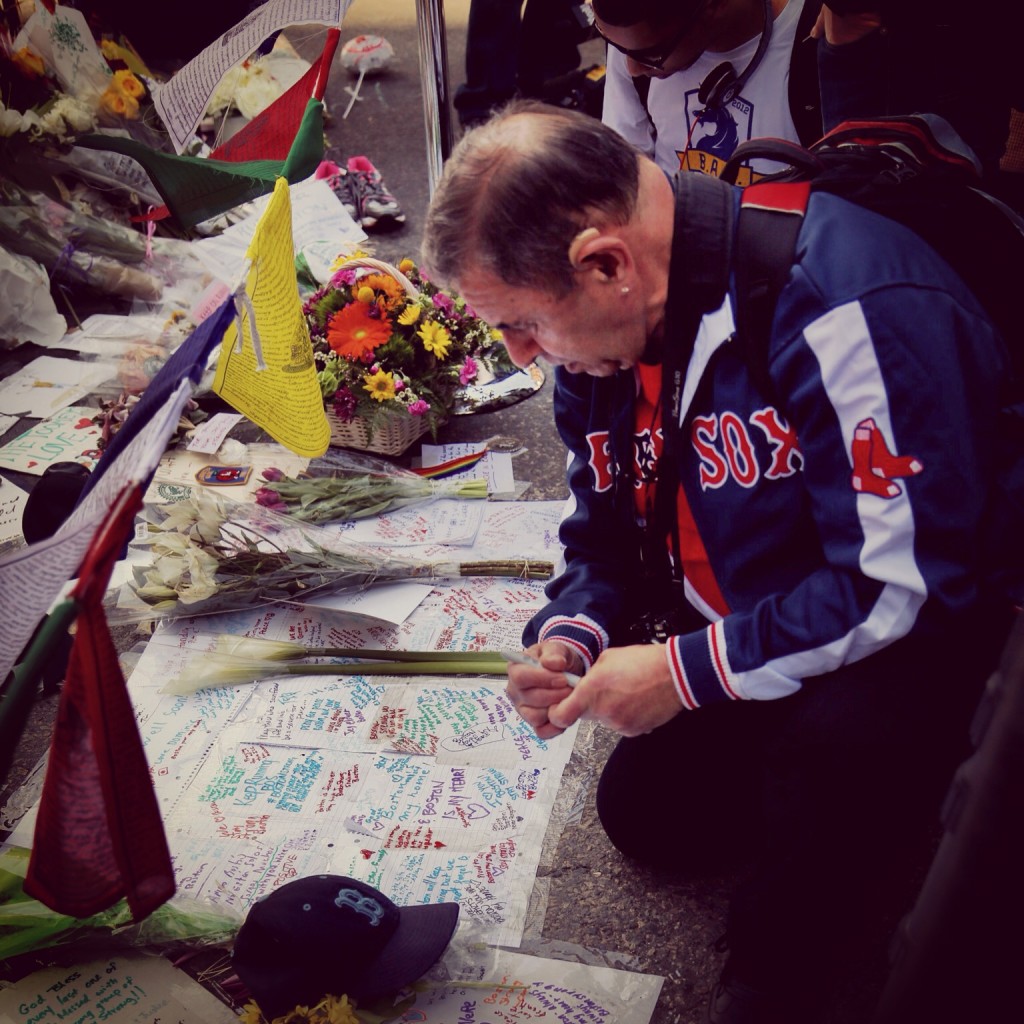 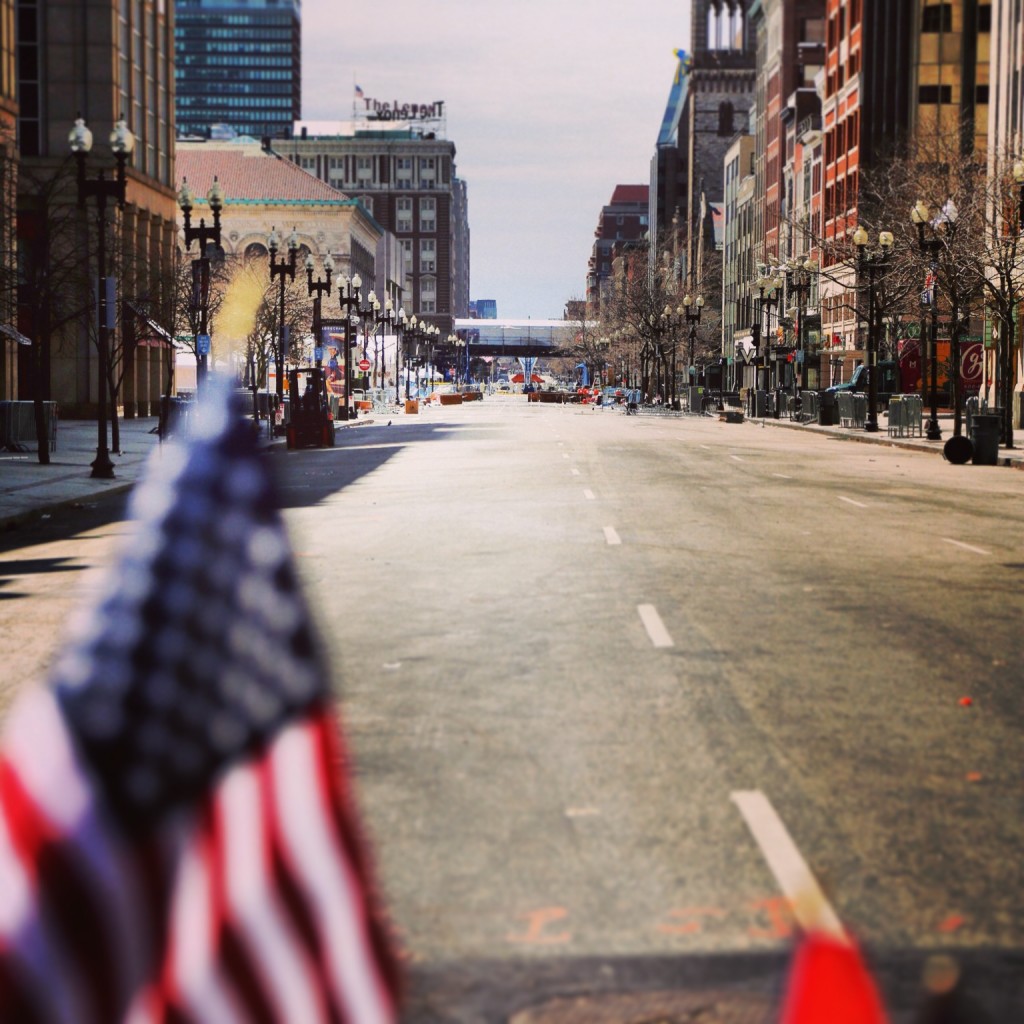 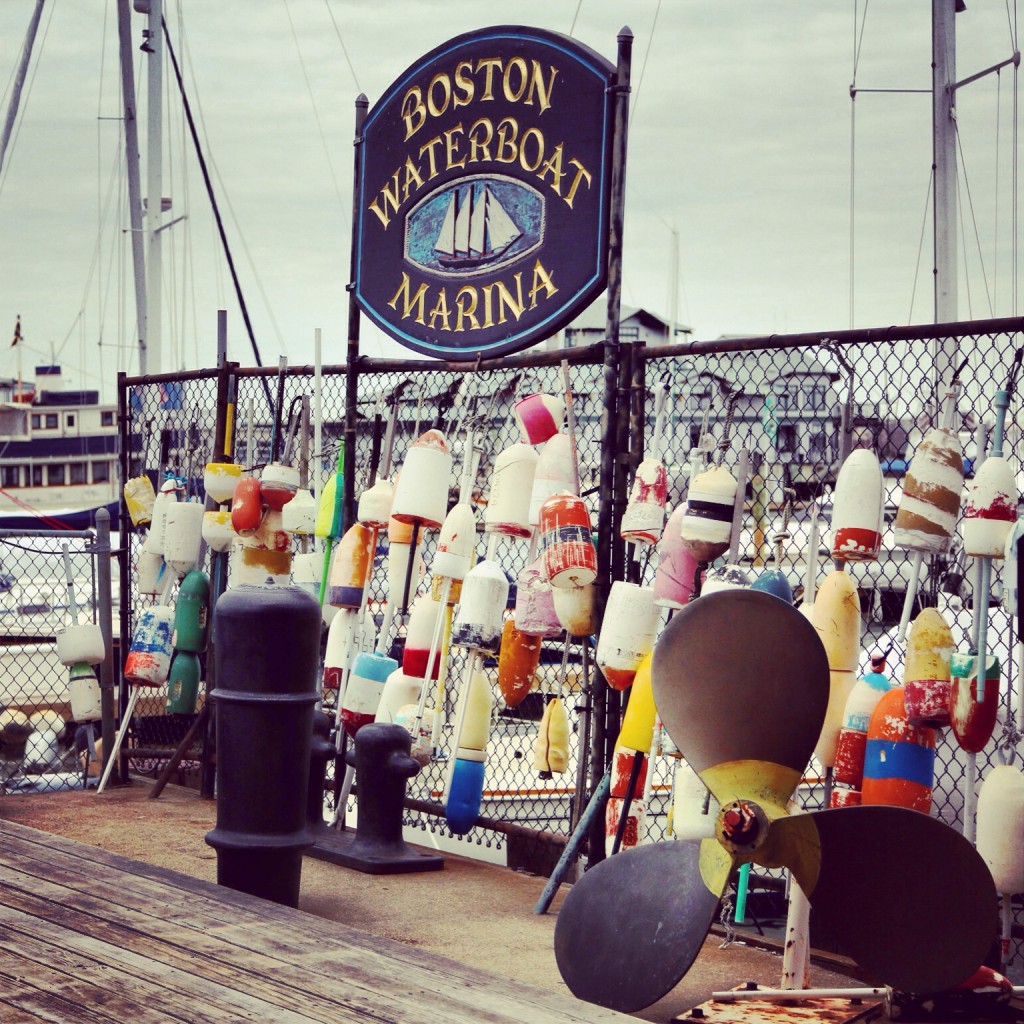 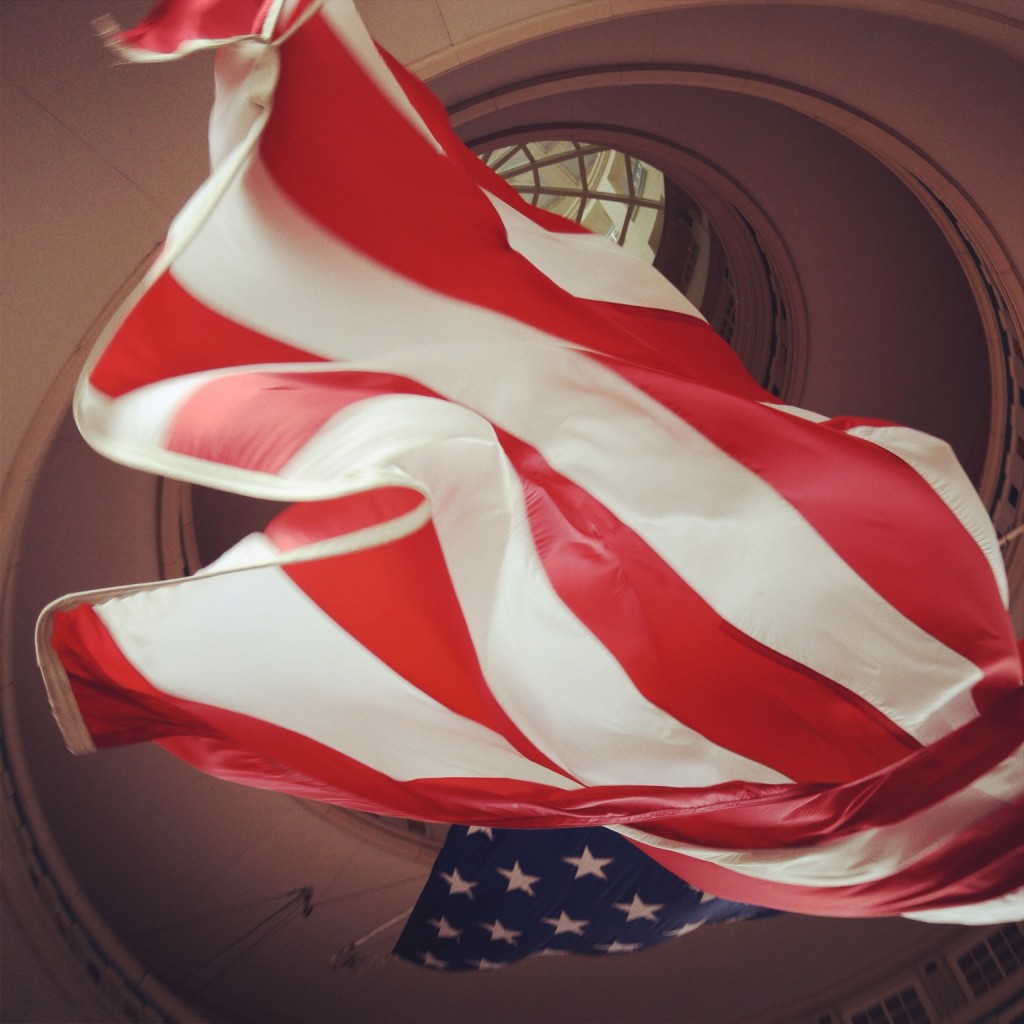 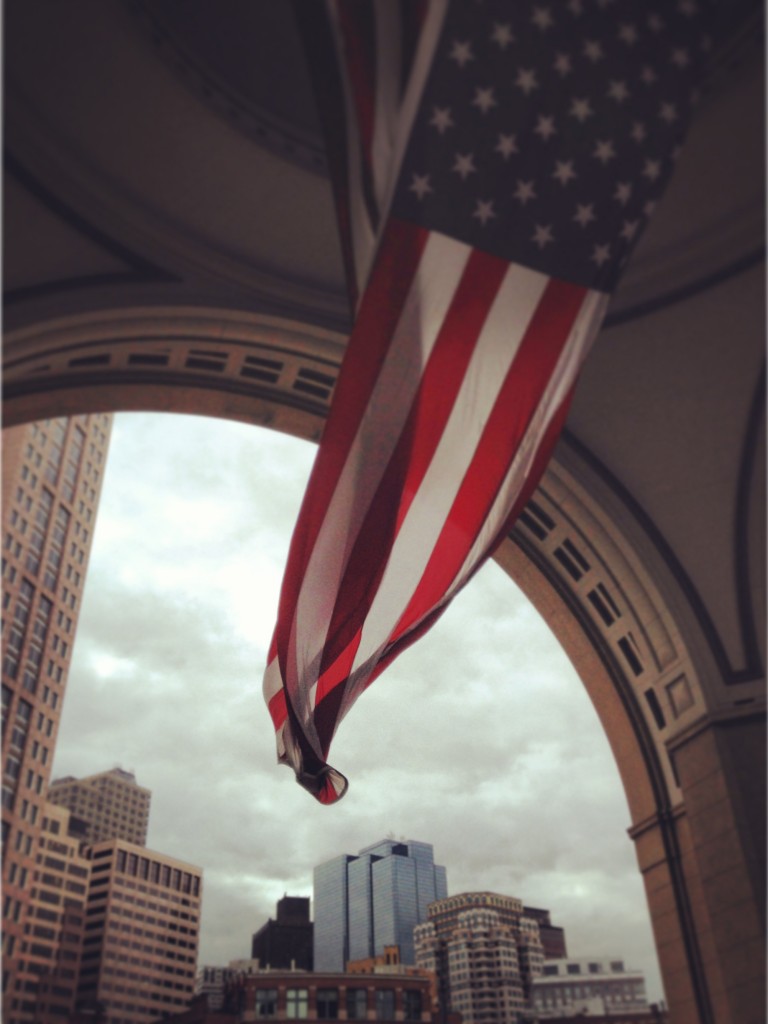 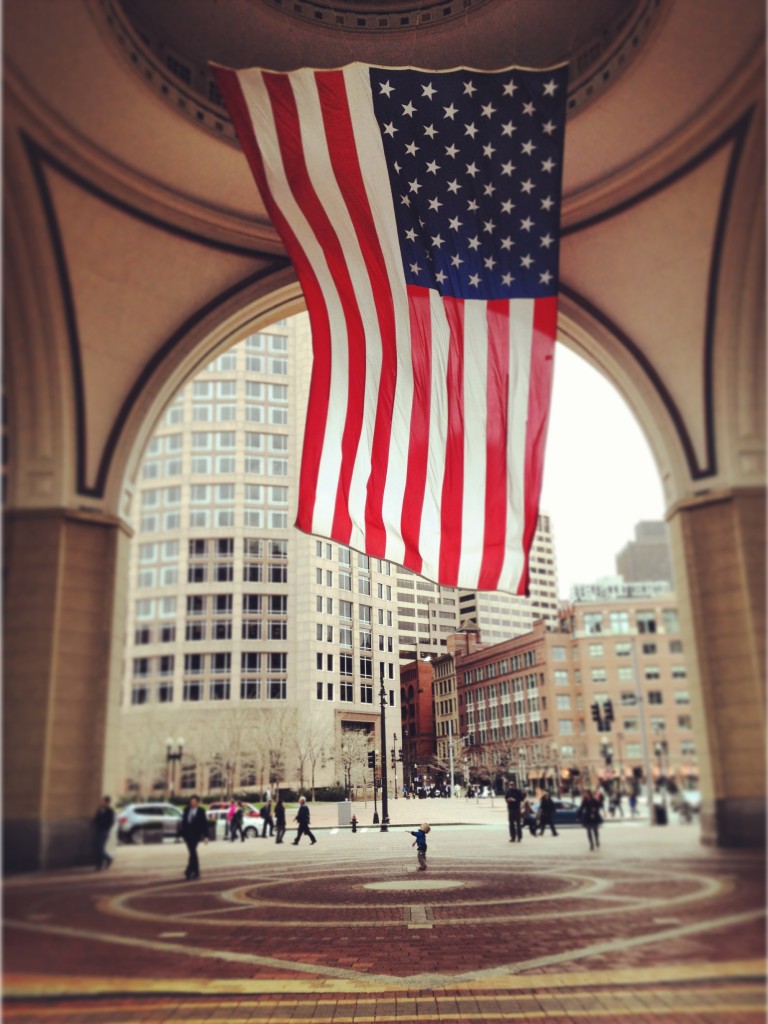 Eventually I made my way back to the show for the gala preview party that evening.  Sandy and I joined forces at the end of the night to carpool back to Ellen’s and miraculously we made it back without getting lost!  And I was more than happy to take my hair out of the braids I was sporting for 15 hours. 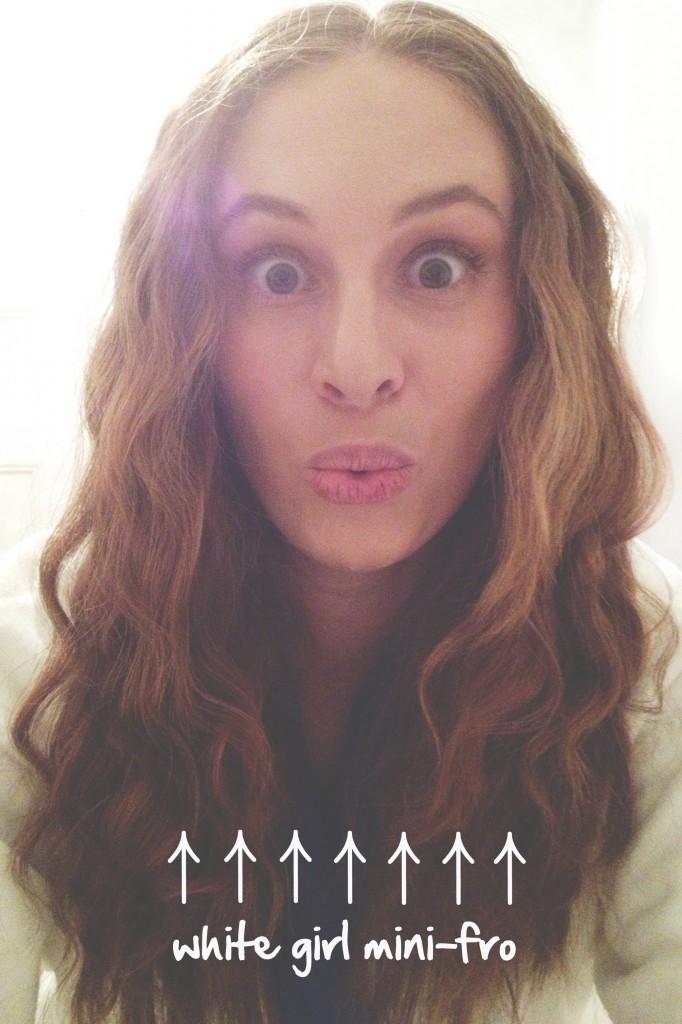 Friday:  7am.  Ellen informs us that there may not be a show.  Turns out that law enforcement had been on a manhunt for the two brothers responsible for the bombing since midnight.  Allllllrighty then.  The show is delayed to open at 2pm.  The show director calls and informs Ellen that she had woken up to S.W.A.T. teams on her lawn in Watertown where the second bomber was suspected to be lying low.  City of Brookline calls with an automated message informing us that we’re on lockdown along with the rest of the city.  There is discussion of cooking up a smoked pheasant for dinner that Ellen just happened to have in her freezer.  Read books.  Check e-mail.  Call family members and assure them we’re not in any kind of danger.  Swap stories.  Eat lunch.  Informed the show is canceled for the entire day.  Intermittently watch/listen for updates on the news like a train wreck you can’t quite turn away from.  Eat dinner.  News of another shootout and the second bomber is found.  Yay!  Back to normal.

Saturday and Sunday:  There may have been a small twinge of worry about how the events of the week would affect the show, but it opened as originally scheduled and people came out in droves.  The aisles were full all day.  The lockdown the previous day may have worked in our favor because people wanted to get out and go do things.  The tireless promoting that the Society of Arts and Crafts did to get people to come to the show also played a large part.  A special thanks to everyone there for their utmost professionalism the entire weekend and keeping all of us, the artists, informed of the changing status of the show on Friday.

Monday:  Another early morning drive back to Pennsylvania with a detour through Kutztown: home to rolling hills, farms, many covered bridges, and my alma mater. 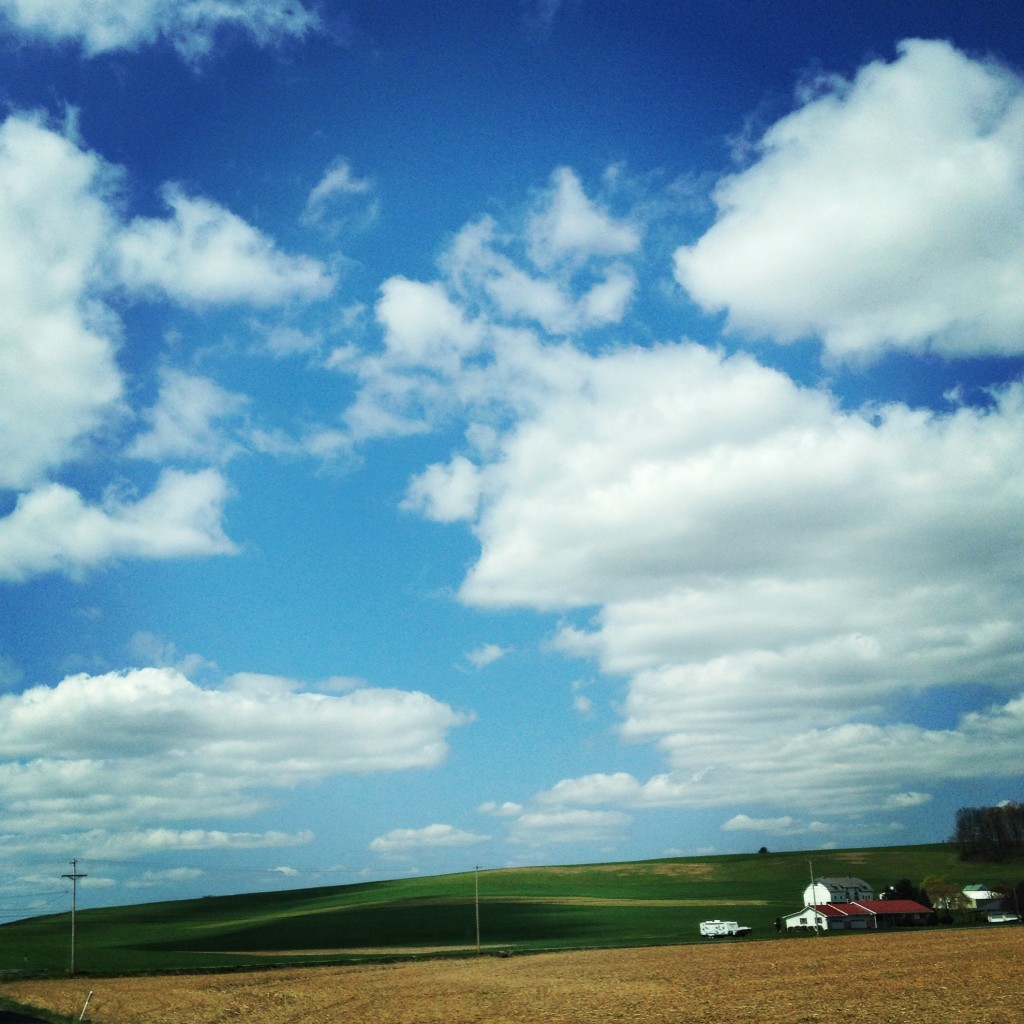 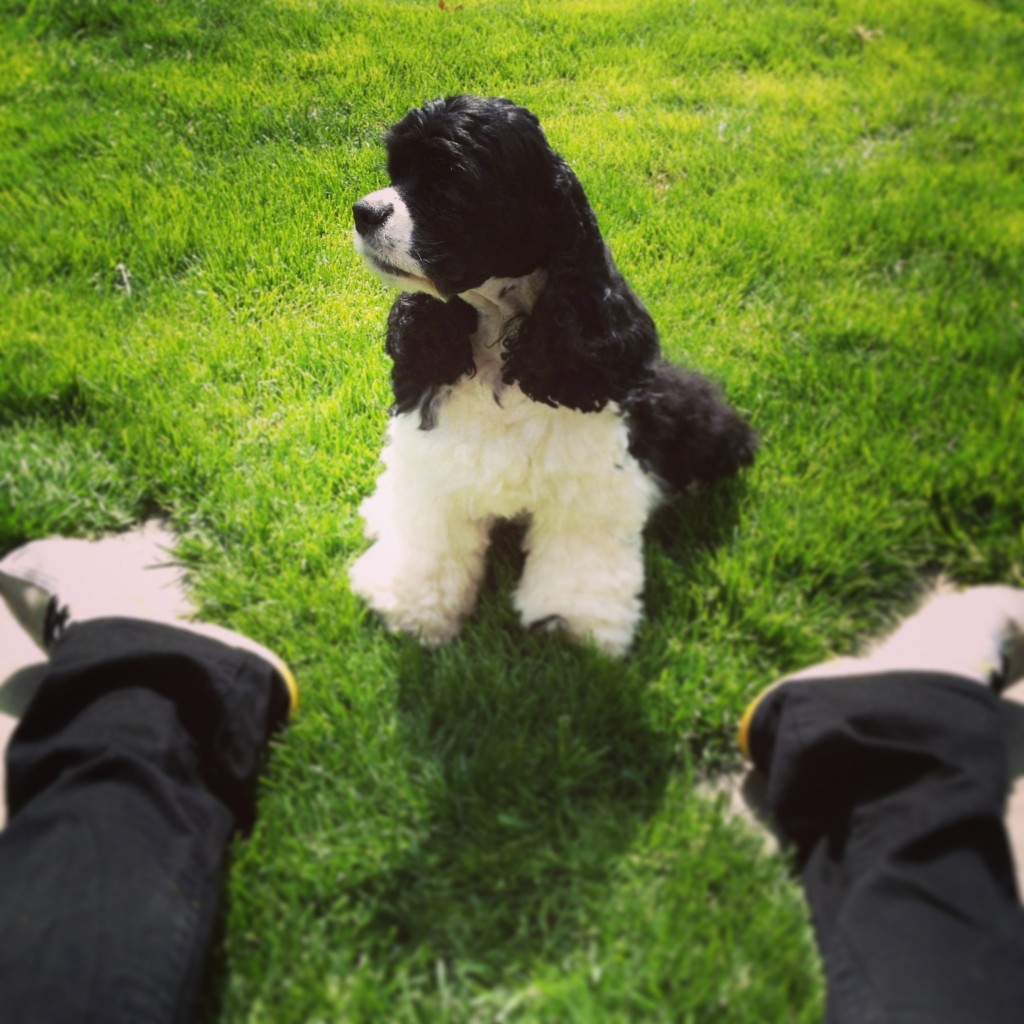 The End…until Craft Boston Holiday.  Maybe I’ll be back in December. ;)