Now that everyone has overdosed on Thanksgiving leftovers and participated in the contact sport better known as Christmas shopping in the U.S.[I for one haven’t started…I did all my shopping in a 3 hour window of time two days beforehand last year.  I’m efficient.  This year I’m a little less confident.  In fact I haven’t the slightest clue of what to get my family members.  Things were so much easier when we were younger and we all lived under the same roof.  I could eavesdrop on conversations and make mental notes year-round for superb gifts for people.  Ugh, now I have to use my imagination?!] I have a moment to sit down and regale you with the events that transpired at the Philadelphia Museum of Art Craft Show.

I should have known better than to decide two days before I leave to re-jig the entire display for my wearable pieces[a.k.a. super-sweet necklaces that make a great Christmas gift for that special lady in your life *winkwink*].  I made a trip to Lowe’s and picked up a generous piece of MDF-backed marker board.  Of course I wasn’t content with the white color it came in so I also picked up a can of black hammer-finish spray paint.  I did the responsible thing and decided to put the first coat of spray paint on that afternoon.  Except I failed to check the weather report.  No one told me we were scheduled to receive category 10 gale-force winds all day.  That made things REAL interesting.  Pretty sure more paint ended up on the grass than the actual board.

After letting it dry overnight, I actually took the time to put together a make-shift spray booth out of cardboard to get a more even second coat.  Then came the fun part: gluing down the frames.  What.  A.  Nightmare.  Well let me first tell you that I used Gorilla Glue.  I was not keen on using a lesser-strength glue at the risk of these frames not adhering and falling off during the show.  Based on it’s name I thought it was a brilliant plan.  Does anyone read the fine print on bottles?  I do.  Most of the time.  I might have been rushing a little since it was about 8pm until the second coat of spray paint was dry.  Did you know that Gorilla Glue expands 30-40x beyond the size it is when you squeeze it out of the bottle?  Huh, that’s interesting, well now you do and so do I.  Okay so it’s more like 3-4x, but still…I had to learn it the hard way.

After I carefully laid out the formation for the frames, I put what I thought was a very small bead-line of glue along the frame backs and put weights on top and left it to dry.  Cut-to 3 hours later and me swearing up a storm when I discovered that the glue, which dries white, had seeped out around the edges of all the frames on the board.  Yes, now that you mention it, I did want to spend 4 hours trying to scrape the dried glue off of my display with a box-cutter and x-acto knife.  All the while, simultaneously, trying not to rip the MDF into shreds and then trying to mask it further with more spray paint.  Good times.  Although the final product didn’t look too terrible:

I was supposed to leave at 7am the next morning to drive to Philadelphia to set-up.  My body had a wholeeeeee other plan in mind.  I had the great misfortune of picking up a stomach virus from my sweet, sweet nugget of a nephew.  And at the risk of over-sharing, I will say that my first whiff of eggs and bacon set off uncontrollable vomiting.  And I was not able to pull myself together enough to make the 2 hour drive until much later in the afternoon.  My diet the rest of the week was really savory and exotic when I could tolerate it: white rice, saltines, bananas, and watered down Gatorade.  My energy and enthusiasm took a real hit as well, but as the old saying goes: “fake it, ’til ya make it!”  No one has the luxury of sending someone in his/her place, we each have to be at the show to represent our own artwork.  I did my best to keep myself distracted by making beads when I wasn’t talking to people attending the show. 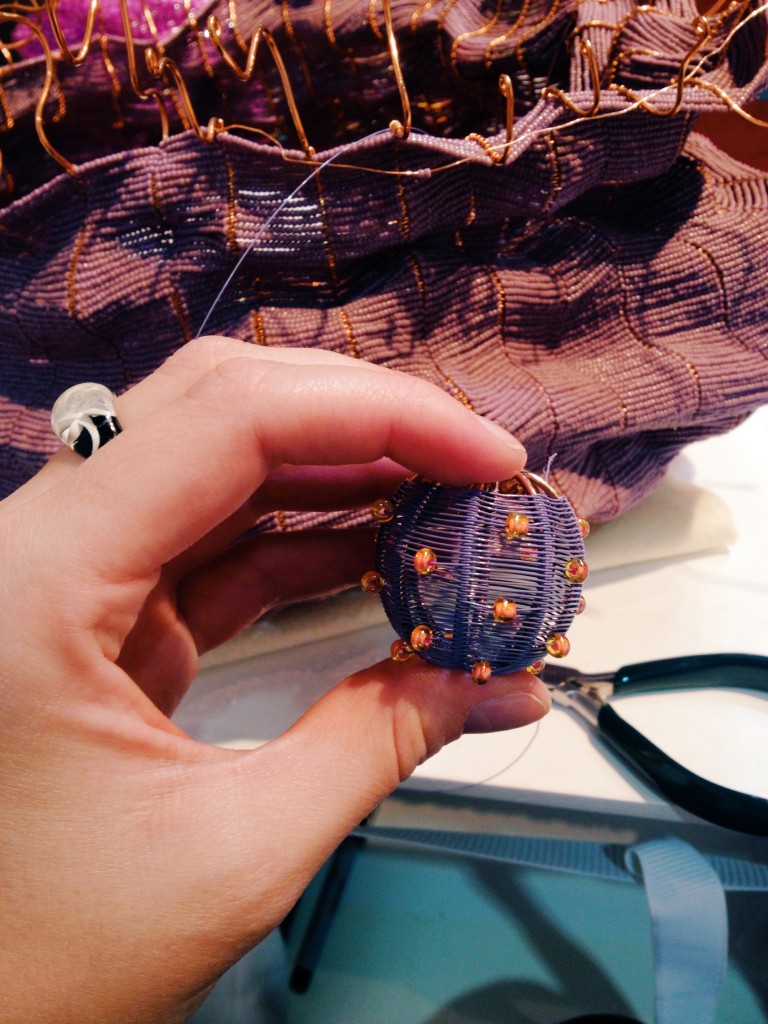 And bonus, my Alma Mater was one of the art schools to have a booth set-up with current student work.  So I got to see a few of my professors and even meet the University Provost.  Ya know, no pressure or anything.

The Philadelphia Museum of Art Craft Show is unique in the way that they invite a small group of craft artists to exhibit from a different country every year.  This year’s chosen group of talented artists hailed from Lithuania.  It just so happened that my booth was on the aisle bordering the block of booths where all the visiting artists were set up.  Naturally, I wasn’t expecting someone to come up to me and ask: “Do you speak English?” since all of the Lithuanian artists had giant turquoise colored banners hanging in their respective booths with the words “LITHUANIAN ARTIST” in boldface type along with their first and last names.  Or the time that I was asked a general question about my work and I immediately responded in fluid sentences and the inquisitor’s face glazed over with shock and amazement:

“Wow!  Your English is FANTASTIC!”

me[speaking at a drastically slower-than-normal pace]: “Uhhh, thanks?  I should hope so.  I’m from Pennsylvaniaaaaaa.  Also known as the state in which we are presently located.

I am still not entirely sure what about my physical appearance screams I am of Eastern European descent!  It wasn’t until the third or fourth version of this line of questioning that it registered with me that people just assumed I was one of the visiting artists due to my proximity to their booths.  At least I got some laughs out of the situation. 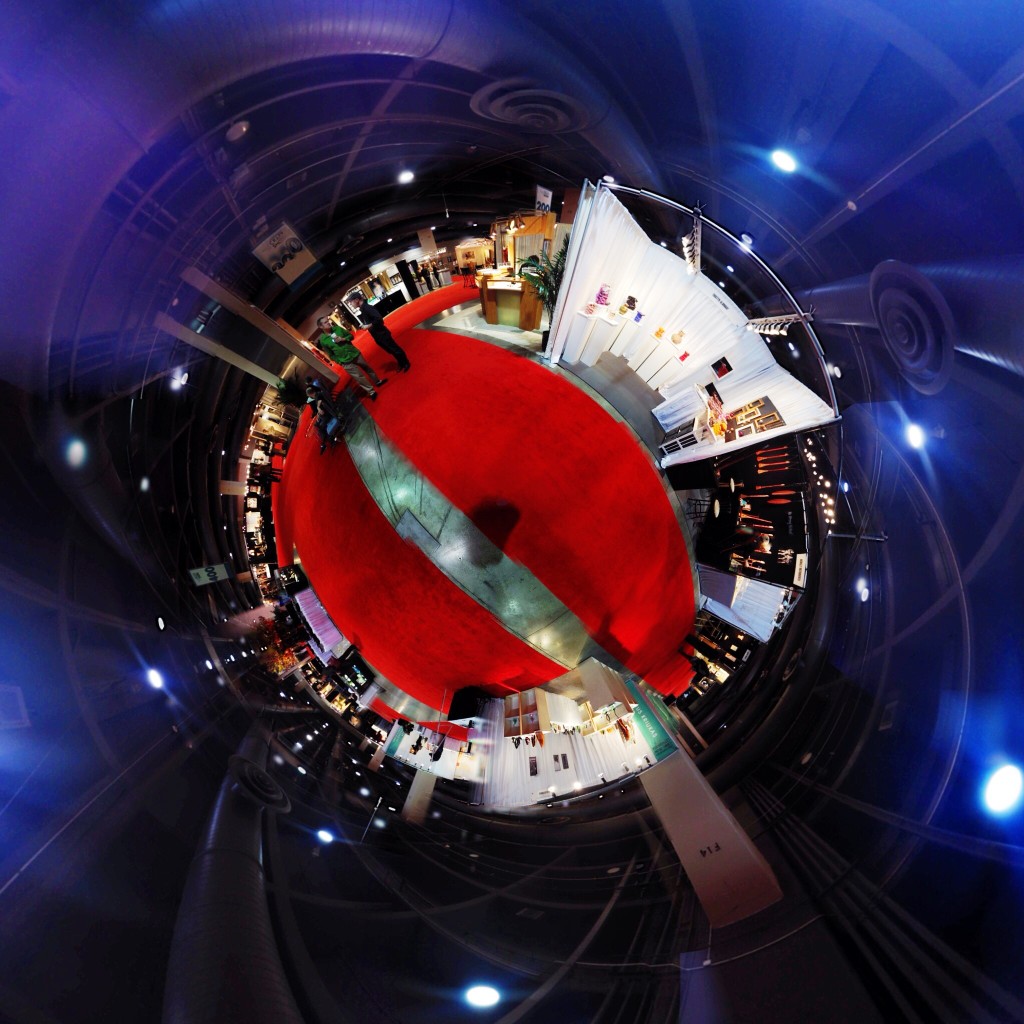 All-in-all I’m just happy I managed to survive the week–there were several other incidents that shall remain untold.  And I’m already only 3 short days away from my first venture to the Hynes Convention Center for the CraftBoston HOLIDAY show!  Hopefully it will be less eventful than the spring show.  Just maybe a little colder.  You can find me at booth 223!  If you are coming to the show in Boston you can print out the coupon below to receive $3.00 off of admission. 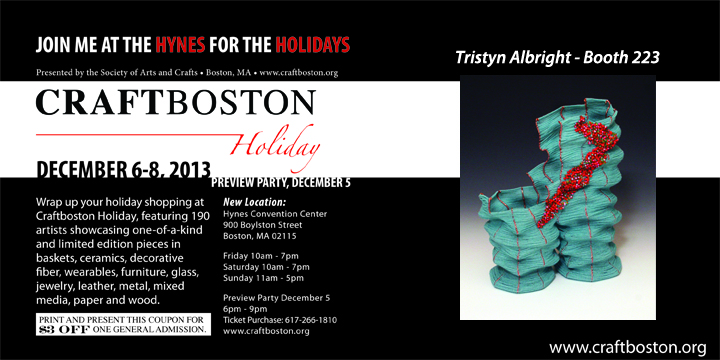